Could never be what they want him to be, he's stranger than fiction
And he's got no past, he's a mystery, but he's got ambition
And there's always been a mountain to climb, and this one's just higher
But he shows no fear, it's just a matter of time
You know, he's always been a fighter, yeah
There's no need to ask him why, yeah, you can see it in his eyes
Yeah, he's shooting for the sky, yeah

Chorus:
If we're right, no one shall fight it, no
That good boy won't be slain, oh no
And the young will fight all the powers above
Till the world knows his name, till they know his name No one knows what he's feeling inside, he's burning with passion
There's only one way out, he's gotta get that right
He wants to go straight to the action, yeah
Sometimes it seems so long, yeah, but his passion is so strong
And something makes him carry on, oh yeah

Chorus
He'll do what he has to do, to be part of the game
Yeah, he knows what he'll have to go through, till the world knows his name

(solo)
Yeah, there's no need to ask him why, you can see it in his eyes
Yeah, he's shooting for the sky, yeah
Chorus repeats 2x...
Explain lyrics
Correct lyrics 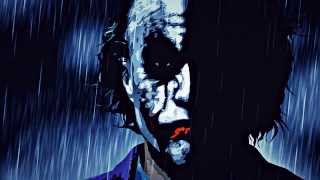