Don't Leave The Lava Lamp On For Me Lyrics

Don't Leave The Lava Lamp On For Me Lyrics

Overweight 60's rock star, staring from the TV screen
Begging the youth of America, to live a life that's sober and clean
But the kid's 17 in a ganja haze, this summer he's following Phish
Watching the aging rock star, coming through his satellite dish
Don't you do that blow, all around the world
Don't you make that dough, don't you make them girls
Am I even getting through to you son?
Do like I say. Don't you do like I done

She's a yellow rose of Texas, she's smiling from the crowd
The message is the medium and man that guy talks loud
He tells her that it's Earth Day and he loves all mankind She gives that talking unicorn her body, soul and her mind
That American flag, you must invert
As the sweat pours down his Mexican wedding shirt
He leads her to oblivion
Now the Rose is dead and he's long gone

401 North Broad Street, I'm standing in my underwear
Turn your head and cough son, then go stand over there
But me I've got my letters and my middle class é–˜an
I give some ghetto black boy his ticket to Saigon
Say hello to Vietnam
Explain lyrics
Correct lyrics 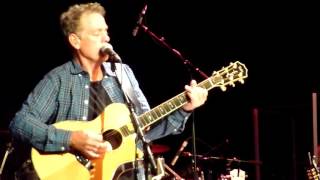 check amazon for Don't Leave The Lava Lamp On For Me mp3 download
browse other artists under B:B2B3B4B5B6B7B8B9B10B11B12
Record Label(s): 2001 Zoe Records
Official lyrics by