I Think I Might Change My Name To Tomorrow Lyrics

I Think I Might Change My Name To Tomorrow Lyrics

Well, how about that, it's a matter of fact
The life you've got is all you'll get
And you do your best not to f*ck it up too much

Yeah, the thing about that is it's a hard new fact
You smoke until your lungs turn black
The surgeon general couldn't really give a shit less

How about that, it's a matter of fact
Retraced the words that you never said
Now you're staring out at a useless blank canvas

Yeah, the thing about that is you're the one who said
I'm gonna change myself, become a better person
No, I swear, I really mean it this time

Years, they fade, my memory takes the blame
Each night the girls spread their legs just to make more
We're all just actors in an ad for the American dream
We, the people just want peace but our countries just want to make war

Seasons change and people stay the same
Each year I find a new way to lie a bit more
We're all gone just as fast as we came
So I'm not counting on a new life
No, no, no, tomorrow here I come

Darling, you're lovely but you're awfully naive
Did you think about when your future might leave ya?
You can't buy the sky, yesterday's not for rent right now
Go, find your own forever somewhere else

Next year's accepting applications
For one night stands and new years resolutions
But don't forget what you got right here
Yeah, my smile's sometimes fake, but me, I'm real

Stop debating wars, politics and freedom
We're all human last time I checked
If you wanna kill a man for the color of his skin
Then it's obvious to me that you're a goddamn idiot
We're all free to think the things we want
But you're too busy with your bullshit to even hear us talk

So now here I stand, in the corner of my past and I don't wanna go
'Cause it feels good to know what is and what was
And the future's just a mirror that I lost for the fear of
Death and a life without love

And just when I thought the world had ended
The sun broke through the pitch black sky
In the most beautiful f*cking glow I'd ever seen
All the buildings started singing and my fear, it finally left me
I shouted, "Goddamn, it feels good to be alive again" 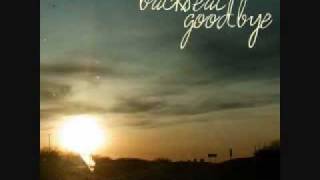 check amazon for I Think I Might Change My Name To Tomorrow mp3 download
browse other artists under B:B2B3B4B5B6B7B8B9B10B11
Record Label(s): 2009 The Winners Club
Official lyrics by