I've been wandering East of Eden
Been lost, cold, lonesome as a sparrow in the rain
I found myself tumbling to a sinking feeling
When someone said I done gone wrong
Couldn't feel no shame
I'll be leaving town on the very next train
You can wait for me little girl
But I won't be coming this way again
And it ain't nobody's business if I do

There's a slow train rumbling east of a place called Eden
Ah, the wind blowing in proud as the trees upon the plain
And a stranger's voice talked to me of liberty and freedom
Yeah, it seems like he done gone wrong again
And he wears the hat like shame Well he tasted the fruit of another
And when his Margie, when she discovered
Said she's gonna love him ten times more
Ain't nobody's business if she do

He said "some men born rich, some men born poor
But they're rich in other ways"
Into my heart his wisdom poured

It's no good crumblin, I'm making tracks to live
When I laid my love down in the light
You should've seen all the things my shadow did

The filth and the fury, the fear and the pain
It's all disappearing now
Faster than the smoke from this old train
And it ain't nobody's business if it do
Explain lyrics
Correct lyrics 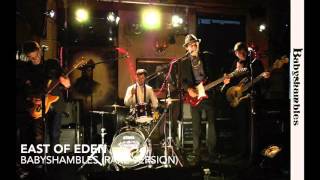