[Intro]
I got all this f*ckin' codeine, man
Cocaine with the building, ayy

[Verse]
I'm about to take off like a rocket
These ain't Tylenol, these big poppin', that's a half a rocket
f*ck the drama, all my niggas wildin'
I don't need no stylist
You want these? You gon' need a thousand
We can link up in the Hills, I'ma bring a thousand
Shit got, but we pulled four hundred G's up out it
I can't do this shit forever
Tell that lil' broke bitch get her shit together
She came and f*cked me since you told her to do better
Bought that bitch some shoes, she my Cinderella
Work soft as leather
I ain't workin' for nobody, I'm a boss forever
Boy, you still ain't got no money, gon' be lost forever
.223's big as chalk, it'll chalk whoever
Niggas get advances, get to actin' like they had the bag
Dawg's shit bulgin', pants draggin', thought I had the MAC Dogshit Records, real talk, we'll sign you guys
You sold your soul to the devil, I am not surprised
f*cked up, I can tell by your decision
Pray to Ben Frank, nigga, gettin' money my religion
Black Hellcat, nigga, I ain't superstitious
Spin that motherf*cker on Mack Nickels in the trenches
In the trap eatin' trap kitchen
This ain't PETA café, we got wrapped chickens
I hit a lick on my plug, I got back, nigga
I don't wanna do no song with you cap niggas
We all players in the game but our stats different
You on the bench, lil' nigga
I hope you ain't trippin' 'bout a bitch, is you, nigga?
Catch him down bad, put the clip in you, huh, yeah
We ain't playin' fair no more
I don't give a f*ck about no freaky ho
I got numbers on the board, man, who keepin' score
My youngin just caught his body 'bout a week ago 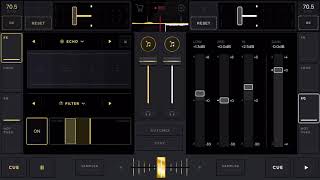