[Verse: Priscilla]
Seems like your heart stops workin
The minute they close the curtain
You take off your mask and take off your costume
And if anyone asks, you're taking a small break
And drinking some coffee
But everyone knows what you're doing
Seems like the bus moves slower
Just 'cause you got somewhere to go
So you take a few pills in Beverly Hills
But if anyone asks, you've got a prescription
You got an addiction
Who do you think that you're foolin?

[Verse: B.o.B]
Uh, everybody's addicted to something
Everybody gotta grip onto something
Even if it's just to feel the responsive appeal
Maybe once, maybe twice, maybe hundreds of times
Hundreds of times
Without it it's just harder to function at times
You race to the bottom of every single bottle
As if there was someone or something to find
You struggle in yo mind and you chose strobe light
Have to lie til you get to the point where it's no longer vibin
The people that you work with notice the signs
When you walk in the room, niggas know that's required
So you break up the silence
You say you've been at the gym
But the way that you look can't blame on a diet
So what you hidin?

[Verse: B.o.B]
I probably had too many things, smashed too many freaks
Had too much to drive, I mean had too much to drink
Left the club, ended up in custody
Ran them drug tests, passed it luckily
My girl broke with me cus she walked in and suddenly
With a woman up under me I told er
“Wait! It ain't what it look like
I must've slipped and fell, clumsy me”
Well at least I admit
Cus the worst you could do is to do it and not be man enough to say that you did it
That's just how you prevent it
But I ain't no different
I love all the money, the fame and the parties with beautiful women
I spent so much time as an underground artist
Cus I was afraid to succumb to the business and what I've become
But that what you judge will become
The path with the greatest resistance
That's how the tables can turn when they pivot
And change your perspective and flip your entire position
My whole life I've been dyin and wishin
To live and experience everything possible
When I told em my dreams they just said it ain't logical
Now I can see it, it's optical 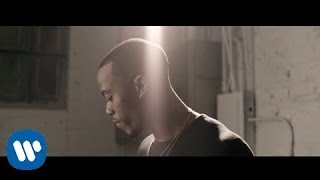