Don't Talk To Me Lyrics

Don't Talk To Me
B.g.
Ain't No Bitch Cash Money Roll What U Want Do Jungle For A Minute Move Around Doing Bad Doce Horas He Used 2 Be A Man Play'n It Raw
B.g. wiki Don't Talk To Me video B.g. twitter

Don't Talk To Me Lyrics

Verse 1:
You know how it is when you ballin, everybody wanna holla
But the day you fall off, you lose most of your partners
Niggas be acting funny, Hoes, they wanna duck ya
Used to sweat you hard, now they ain't wanna f*ck ya
You screening all your calls, don't wanna answer the phone
You ain't working with nothing, they wantcha to leave em alone
You ain't working with nothing, they sayin they ain't home
You sayin to yourself, Boy that hoe wrong
I'ma get chu, Wait til I get my shit straight I'mma fix you
I got a K beg for ya, I done bounced back, I'm here to clear my name up
And while I'm doin that, I'm bout to f*ck the game up
A year ago, I was f*cking my bangs up
Now I'm on the grind just getting my change up
The tables done turned, Now everybody wanna talk
If you ain't keep it real, I don't wanna talk

Verse 2:
When I was on my ass, Niggas was acting funny
Niggas would shoot you and look what the dope done him
Niggas done me bad, I couldn't get nothing
Now they see me shining and holla "What Up Cousin?"
Ain't nothing, better get the f*ck on 'fore I sneak ya
Only real niggas can holla at me for a feature
Bitch niggas, I ain't f*cking with y'all kind
So don't attempt to holla and waste my time (Nope) I don't want cha number (Nope), I don't wanna be your friend (Nope)
I don't want your tracks, I f*ck with Medicine Men (Yep)
I don't want no crap, Don't you grin in my face
Cause I know its fake, Make me spit in your face
I'm back now, Chopper City's on the move
And I feel like Ludacris, Bitch you better move
Get out the way, While I'm walking through
If you ain't real, I dont wanna talk to you

(Talking)
Ooh they got these niggas
Be getting busted with like five, ten bricks
Go to the feds looking at life
Be home in about 3 years
You know something ain't right with that

Verse 3:
Man I ain't lying, the game done got flakey
You don't know who is who, the game done got shady
Niggas play hard, get popped and start faking
Get off the deal of rap, They hop up and take it
Look up next week, Ya shops getting raided
Scared to go to the pen, they know they can't make it
Calling me collect, I'm hanging up in they face
Trying to talk in codes, I know the carbon trace
I ain't the one to play, I know you can't be trusted (No)
Everybody know you got half the city busted (Yeah)
Boy you down bad, you playing the game raw
I thought you was a G, you ain't as real as I thought (Ooh)
You went against the code, You disrespected game
You lost your ghetto past going against the grain
Boy that's sour, Geezy can't holla
I hope it rain on you and you got shocked by that wire (Uh Huh) 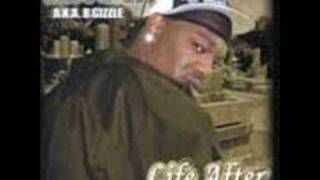