[Chorus: B-Real]
I'm a little bit off the chain, you can call me insane, but the fact remains
That I'm a psycho
Better get it through your brain, when you say my name, never say it in vain
Cause I'm a psycho

[Verse 1: Bizarre]
They found Saddam, but they ain't gonna find me,
I'll be under a tree, In Buttf*ck Tennessee,
And I don't know too much about my daddy,
Except he spit in my face and f*cked me in my fanny,
I ain't a racist I just hate whites, fags and dykes, blacks and transvestites,
13 years old And joined a f*cking gang,
Hair under my ass cheeks feeling the f*cking pain
Am I insane?, who really knows, cause any second my temper can f*cking Blow,
I get colder than december, black the f*ck out, tomorrow won't even remember
See Bizzare can show what violence is all about,
And this Dr. Dre beat done brought it The f*ck out,
Run in your house and put it in your mouth, and blow your brains the f*ck out

[Eminem:]
I probably got a screw loose or two or maybe three or four of 'em,
Some fell out and hit the floor,
All I know is ever since my f*ckin head hit the snowbank, been a little niandrotholic, no thanks to My man D' Angelo Baily
, but I just take it slow daily, my biggest delierence,
Tryin to figure whether To use the flat head or the phillips,
Or just go to the Home Depot, and pick the new power drill up
It's been two hours and 6 days and I'm still up, I feel like I'm about to snap any minute,
There's a new Tower Records, I'm bout to stop and get a fill-up, pick the new Cypress Hill up, and go find who did That shit to Xzibit, and go fill up
A whole liquor bottle with piss and go shatter his f*ckin lips with it

[Chorus: B-Real]
I'm a little bit off the chain, you can call me insane, but the fact remains
That I'm a psycho
Better get it through your brain, when you say my name, never say it in vain
Cause I'm a psycho

[Verse 2: B-Real]
Now Let Me Give You Just A Little Peak Inside Of The Mind,
Now everyday of the week I'm destined for crime,
Hearin the little voices speaken out at me blind
Ya know, the little saying be "you're Sick But Your Fine
"but maybe I have a little chemechal imbalance,
But I can balance the barrel enough to make you
Come out of your apparel, make you sing a little carol,
Handsin the air, like your at a concert and I'll rob ya
Like I just don't care, now your jewels are my jewels
And my tools got pools, your draws got stools, break
Yourself fool, what could you do to this maniac and
Lunatic that already hasn't been done, go ahead and
Shoot him, put him in prison he's just a superstition,
Make a decicion, cause if I ever get out of this hole it's
Perfection, never will change, sick in the brain, spit on
Your brain, shit on your name, give me the blame, I'm a psycho 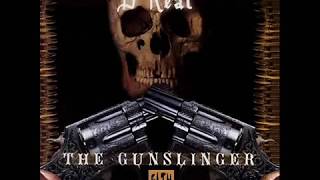 check amazon for American Psycho Iii mp3 download
these lyrics are submitted by kaan
browse other artists under B:B2B3B4B5B6B7B8B9B10B11