Don't Blame It On Me Lyrics

Don't Blame It On Me Lyrics


[E-40] Youse a fool. You sound like you fin to earl
They can have all the armor but that calm doesn't harm

[B-Legit]
I'm erog-enous, most dog in this
Dark brown like a clot, but now I'm saucy
Hoes toss me they number like an alley-oop
But I slam it in the trash, if she ain't got, ass and loot
Shoot, it's all mine in the nine sizzle
Pistol still fizeal fine, direct hits make em retire
I ain't no liar, I put it on my flow
Niggaz f*ck around, they get they head to' off

[E-40]
What's up? They disrespect us
Them fools ain't tryin to fight no wars
You talkin about bang bang
That's the way this shit gonna go
Just let your balls hang
Don't think about just do it
Cause when you think about it
Before you know it, you blew it
I ain't got shit to lose
No mercy nigga, no sarges
Get your rowdy boys
Do it today not tomorrow
Check your inventory
Make sure you got enough ammo
It's self-explanitory
Don't let em blow out the candle, biotch!

Think about it 'fore you pop that shit
Cause if they find you witcha crew, they pack split
Don't blame it on me [x4]
[x2]

[B-Legit]
And we some grown men, we turn trill hoe out And all we ever did was stuck dick in her mouth
We f*ck wines to the millionaires
Ball players that play, you better keep your bitch out the Bay

[E-40]
The less fortunate
The sluts, the drug abusers
Oldest profession known to mankind
is prostitution
When I make a zillion I resign
just like clockwork
But you know me I'm always a day or two late
and a dollar short

[B-Legit]
I trick a bitch that love Legit and do whatever I tell her to
From credit card scams to givin head to you
So if you breathe, know what I mean, prepare that ass
for the guillotine boss, get that ass to' off

[B-Legit]
I got dreams of a mansion with the glass block
About a million point five in the stash box
I let the beat knock, I let the ass drop
And if a nigga run up, he get ch-uh-chopped

[B-Legit]
I tried to tell em like I once told fools what's up
Fonzarelli and the Savage get they cash and loss
I'm from the coast, where we don't play that kid shit
And niggaz get they motherf*ckin wig split

[E-40]
Ahhhhh I spits nothin less than hi-tech Lugz
We can buck on each other or we can put on the gloves
Don't make me mad let me know, if you want more spot
I can do this playa, get the driveshaft all off, biotch!

[Chorus One]
[Chorus Two: to fade] 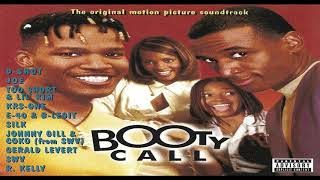 check amazon for Don't Blame It On Me mp3 download
these lyrics are submitted by kaan
browse other artists under B:B2B3B4B5B6B7B8B9B10B11B12