From the cradles to the stiff coffin, legit fortune
I lean for them corner fiends, crip-walking
Wedding-bells I'm out of that shell of slick talking
Honeymoon, deep scuba diving, kissing the dolphins
I lived though, I quit flossing, I forgive though this shit's costing
At the crib with the kids often, coasting
Ski-boating on the beach ocean
Hoping them old closed cases never re-open
Moving, y'all minor leagues, I'm like speed motion
Muscles thru my white tee's woken, he's holding
Hypnotic, spit shit you sit and vibe wit, melodic
I mental escape thru all the garbage

One in a million, I'm strong young and appealing
Was born son a villain, put on in front of my building
Peeping how the street structure decease brothers
Critique, but I was placed here to reach others
Incomplete, stand feet from the deep cover Eternal sleep, I wonder if the Beast love us
The frail weaken, the stronger be in jail eating
The average male will make it home if the bail's decent
I inhale frequent, it alleviate great, to be a part of the game
Can't be a day late to be a part of the same
Need a g' a day take, five if you live, slide mines on the side

Mics, money and music my life's for you to view it
I stand militant, my stripes came from the sewage
Interrogation lights, spend nights up in the cubics
Fistfights, I'm nice like Earl Huvick
Harmonizing, narration is traumatizing
Here since '94, it's still kinda surprising
I touched topics, safe-boxes, unlocked it
Complete zone keep my tone on one octave
Owe nothing, won't ask to hold nothing
Clean behind the scene, but control buttons
Brought it back for the essence that got watered in rap
'Cuz I'm a aura I bring more to track
Explain lyrics
Correct lyrics 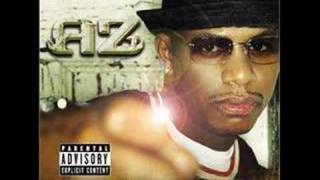