Let's go!
Watching your friends grow up around you really sucks but that's okay
Cuz I'm doing the same
The same old people that they ever were, but new problems
And new times always seem to change their smiling face
Well times are changing, but not me, I'll always stay the same
We're always keeping it fun and games
I'm drinking 40s with my homies in the park, but that's okay
Cuz we'll always stay the same
Well finishing off four kegs is no easy task, but we did it anyway
On Heather's birthday
We got f*cked up and layed in the grass all night into the next day
But that's okay!
Well I walk around these streets and see a million faces that I've never seen before I've got my boys, and nothin's changin'
We'll drink it up, pass me a cup, well don't you f*ckin' puke on me
Well that's okay!
We'll drink it up, let's get f*cked up, nothing's gonna change, well that's okay
These f*ckin' feelings are gonna get to me, we'll do it anyway, well that's okay
People don't realize that we'll always be brothers, and until then
We'll depend on one another, until tonight, how 'bout a f*ckin' fight?
Why can't you understand, we're going to demand
It's gonna be alright, me and my boys tonight! 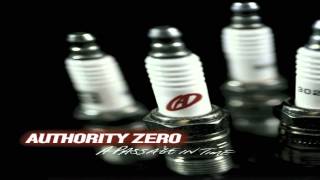