The Fog Of War Lyrics

The Fog Of War
Atomizer
When I Die, I Wanna Die Violently Power, Not Participation One Man's Failure Join The Blackheart Reich Isolation In The Mortal Realm You Roam No More Hesitation Wounds For Blood!! For Blood!! For Blackness Absolute Death-mutation-disease-annihilation
Atomizer wiki The Fog Of War video Atomizer twitter

The Fog Of War Lyrics


Armed. No it was more than that, armed to the f*cking teeth was possibly more apt a description, and the civilians this war surrounded played no real part apart from being there, which I suppose is a part in itself.
It's all around, it's all consuming, a chasm, an abyss that sucks you in, be it active or passive, be it soldier or slave, the fog of war engulfs you all.
You've never seen rain like this before, had to cut the heels out of your boots just so the water could drain, so the blisters
could drain, as any compassion for humanity drains. At least when the rain falls it keeps the mosquitoes away, not much of a
trade-off really, fiendish things lusting for your blood while bullets sizzle through the air leaving a trail of mist as the molten lead homes in on its pray. And that's you by the way, and you're caught up in the fog of war
It's a world beyond fear, you can't even see the enemy, although you're learning to sense them, sense the presence, smell the
adrenaline or the fear, because you know, that they know, that you know
And you'll never rest, not here, not now, possibly never, for this battle will rage on eternally (at least for some of you). And sure, the rain will stop eventually,
but the fog surrounds the soldier forever.
Explain lyrics
Correct lyrics 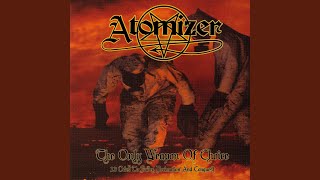