[Verse 1]
He remembers little bit of his childhood
Sometimes bad, sometimes good
But he never was one to blame today's grey sky on last week's rain
So he see's everything face value
Looks grim, it tastes bad too
There's nothing to do except dupe, push down the wall and get through it
I swear to god it's too stretched
Too easy to slip or lose steps
And the taller you are, the harder you fall
that's why a lot of us crawl
Mumma, please don't look now
I've gotta walk over people I've took down
It ain't as pretty as you probably think
It's gonna take more than soap and a sink
Tomorrow he'll drink to the guilt of
every cheap wooden bridge that he's built
Bury those skeletons in his head
til you pick him up and carry him to bed

[Verse 2]
Swimming through alcohol and woman Gets some gold spray paint for that lemon
Everything he's got is not a given
rock bottom on the flipside of top billin
Not a victim, f*ck the sympathy
Figure it out, and kill the bitch in me
Poor a little liquor out and call it a victory
They said the sky was limit free
No, don't trust none of these people
Won't give him enough to love me for me
so even when they welcome me into their kingdom
Can't bring self to believe them
It goes, folk hard tryna act like no flaw
Turn it up til it burns that stove top
Mr know it all, bad boy showoffs
Red lights, no stops
Mumma, this can't be the boy you raised me to be
The drama, depression
Afraid that it must be the Daley in me that's crazy
Carry me home - take care of your baby 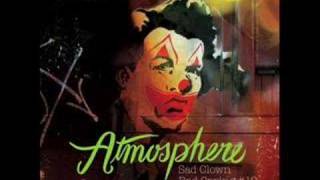