[Verse 1]
Yesterday, I saw two houseflies going at it in the bathroom like a couple of bar flies
It was disgusting, but not 'cause of the f*cking
It's just a random thought I had that everyone's an offspring of something
A whole lot of bacteria
Standing on the rocky banks of Lake Superior
Try to watch the weather, keep a finger on the artery
Stop pretending that you ain't left the party with part of me
I believe you're from the future and you came back to waste me
But I think you probably won't 'cause you like me
We in the shadow of the shade of the moonlight
Let's say good night while it's still a good night, alright?
I'm feeling like maybe it's getting closer to closing time
Lock the door, flip over the sign
And I've got so much trouble on my mind

[Verse 2]
I'm spilling my bottle upon your table
I'm as willing and able as a tornado
I wear it like the heart you tattooed to your sleeve
You tear it all apart to gather what you need Stop all the madness, box up the fragments
Stick a book of stamps to the top of the package
Say please deliver this to the previous owner
I wrote my name up in the corner and the S was a cobra
Mix up the ingredients how I showed you
You probably think I'm an idiot, though, don't you?
Never thought I'd grow to be anything more
Than just another gomer being told to shut up, soldier
Looking over your shoulder before stepping over the line
I can turn the water in your toilet bowl into wine
And I've got so much trouble on my mind

[Verse 3]
I can't help but to think back
Back before the shrink rap
Back before the sound man would sabotage with feedback
All I wanted was to be a part of somethin' larger
Than the sum of the parts
My dogs will bark at the sharks
And it's my darkest parts that seem to get all the shine
That's when I start my departure, then I remember the rhyme
It goes I got so much trouble on
Never mind, refuse to lose
Explain lyrics
Correct lyrics 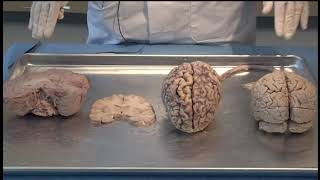