It's no surprise I over slept, put my boots on and climbed out my tent.
I didn't see you, assumed you were sleeping, immediately start a fire 'cause its freezing.
I can't believe we went camping in the cold; I'm in the wilderness standing in some snow.
A late start but we can still catch up, you need to wake up, we should eat and then pack up.
It's when I noticed your foot prints, snows fresh and those have been put since.
What you're already up, making the rounds? So where you at now, you laid back down?
The breeze came and it stalled out the flame, while I went to your tent and called out your name.
You didn't answer so I opened up the flap; it's just an empty sleeping bag and your backpack.
I'm looking at your tracks; you took a couple laps around the campground and hoofed down the path.
I figure you'll return no concern; Ima hold put and try to make this cold wood burn.
The wind is blowing strong, the minutes rolling on, it's going on at least half an hour you've been gone.
It aint right, start the paranoia; I left the camp site to go and search for ya.
I read the trail your feet made, each step was deliberately placed.
It looks like you know where it leads but I see nothing but leafless frozen trees.
About a ¼ mile into the course, another set of tracks appeared next to yours.
From the north it came out of the thick woods, and those footprints belong to a big wolf.
Trying to find service on my cellphone, I felt aight with my knife on my belt though.
I hope the wolf is intimidated by you, I wonder if you even knew what was behind you.
Stalkin ya, maybe watchin ya, waiting for the opportunity to hop on top of ya.
Salivatin wanna take ya to the stomach, in the cartoons you would have turned into a drumstick
And it gets about as bad it goes, 'cuz I notice there's a new set of tracks in the snow.
I understood. It doesn't look good. Your fan club doubled now you've got another wolf. And the odds are in favor of the home team, why'd you walk off all alone where you going?
It aint the right time to complain, but it feels like I'm trying to find your remains.
Your foot prints grew further apart, I knew what that meant and it was hurting my heart.
It means you started to run so I did the same, now my breaths looking like a steam engine train.
Suddenly your tracks dip off of the track and so did theirs so my knife I grabbed.
Into the forest, expect the worst. Adrenaline burst disturbed the nerves.
50 yards into the woods and brush, it got so thick that it looked like dusk.
The air stood serene, sober, it seemed like a good 15 degrees colder.
And I'll admit hell ya I felt fear the sound of my heart beat was all I could hear.
Looking at the snow it was plain a clear there was a third set of wolf prints where yours disappeared.
I can't process, I don't follow. It would be easier to accept that you were swallowed.
With no sign of death, no sign of struggle, no signs of blood, no signs of trouble.
And the wolves never stopped, the tracks kept going and I took off.
So I don't know how your story ends, but I know I'll never go into those woods again.

It's not that tragic, it's not a shame.
You're not the hunted, you're not the aim.
You just another dog with hunger pains
I was so afraid that you'd become the game.

I forgot to worry about what you became.
You're not the hunted, you're not the aim.
You just another dog with hunger pains
I was so afraid that you'd become the game.

It's not that tragic, it's not a shame.
You're not the hunted, you're not the aim.
You just another dog with hunger pains
I was so afraid that you'd become the game.

I forgot to worry about what you became. 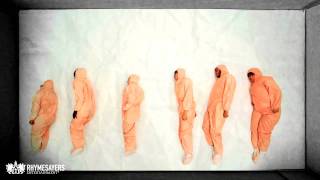