2011 Atari Teenage Riot And some people ask if it's still necessary, well very much so. While some people still live in the illusion of a colourless society because of Barack Obama, When in fact racism still eats the beating hearts of men everyday and the new slavery is incarceration in total effect with even more black males in prison now than in 1850.

GO!!! The internet is it worth the creation of a black hole that sucks up all our time, creativity and friendships? Some believe that the everyday mobile device is as powerful as a nuclear hand-grenade when it comes to starting a revolution. The ideologies behind that type of thinking aren't exactly solid, my friend. When the authorities catch up with us, and they will, not such a good idea to use tracers and expose your hold network at once. (RE-ARRANGE YOUR SYNAPSES!)2x

Anonymous teenage riot! Atari Teenage Riot! Who's ever gonna believe your story, man? The Nazi's would have strangled Einstein in his crypt if they had known! Modern government decisions cause deaths of tens of thousands for profits. (RE-ARRANGE YOUR SYNAPSES)2x

GO!!! The survivors of the Holocaust are soon gone, but their voices still resonate when we look at the future of control technologies. The walk in the park will be a walk in the dark if we don't act. Spy on your neighbors, phone in a threat! Don't question yourself, you're a hero! Imagine attacks others might carry out. Look at what our society has become! Anyone can get tortured, anyone can disappear! Isn't this terror? (RE-ARRANGE YOUR SYNAPSES!)4x GO!!! Capitalism, you're a little fat man in an expensive car hanging over a ravine. Re-Arrange. Your Synapses. RE-ARRANGE YOUR SYNAPSES! 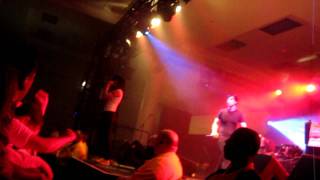