Sink into the mud watch out for the scud
'Cos oil is thicker than blood in the world of the blowback
From ally to madman, from client to badman
From Gomorrah to Saddam starring in the blowback

Invisible sins, invisible kings
The shit we're in, gonna drown in the spin
Permanent warfare, burning up welfare
Add up, add up, their share of the hardware

Rights disposed off, government gloves off
Flick of the wrist, summary justice
Feel the kiss of the U.S. fist
Hollywood, Hollywood tinsel this

What's the rules of engagement?
What's the price of containment?
Can we come to an arrangement?
Make a buck off the blowback

Is it really all over?
Are we living in end time?
Don't we know that there's no time?
Step back from the blowback

Control, we now have air superiority
Their only plane was the one we sold them last week
As leaflets, food parcels explode into nails
Bush chokes on a pretzel and Clinton exhales

Sayin' cool down India, cool down Pakistan
Here comes your new billion dollar air squadron
Laying down a pipeline through Kazakstan
This ends this broadcast live from absurdistan 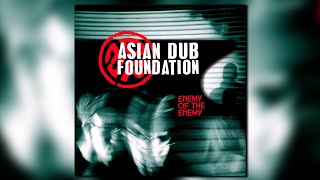