Under The Thumb Lyrics

Under The Thumb Lyrics


I used to listen to him sitting on my shoulder.
But he's losing my affection, I've fallen for another
He made me do some bad things but you make me do the worst
He's been around for centuries, but you were still the first
He may have fire and brimstone, all the power in the world
But I'm not trying to impress him now that I'm your girl.
He says he wants me back and I don't know what to do
'Cos I don't need the devil now that I've got you.

He has so many tricks but next to you he looks the fool.
And it's no longer for him that I keep on breaking rules
When he told me to take one, you tell me to take four.
When he said smash the window, you say: break down the door!
He sent me pearls and roses, a diamond necklace too.
But I don't need the devil now that I got you

Well,
You can pull the trigger and I will load the gun
You can tie the knot and I'll make sure that your hung
If you can find the pills, I will make that bed.
Because I don't need the devil, I've got you instead!

If you can pull the trigger, I will load the gun
You can tie the knot and I'll make sure that your hung
If you can find the pills, I will make that bed.
Because I don't need the devil, I've got you instead...!

I'm different now
That I was when he was about.
I don't know how,
but something was lost or damaged at lights out.
Something went
It vanished
And was never replaced.
Something bent or broke,
And now there's nothing but space, Something changed about me,
Something crucial
Not my name,
Blymes!
It was something useful.
f*ck the games!
Tell me,
Was it something beautiful,
The dutiful brotherly aspect that was torn
Away out the funeral?
I fell halved.
I can't explain it.
At first I laughed so hard
It locked the pain in
As rain swept
In tandem with the concept of prophetic fallacy,
I tried to put into context the extent of the tragedy.

But,
Nothing was happening
I guess I was panicking,
To get with the plan again.
Nothing was rubbing in
I had to stop fumbling,
Because there's nothing but trouble in
Rummaging for the truth,
When there's nothing more pummelling that the proof,
That something as powerful as the 'two',
Could be so easily damaged or even reduced!
So where's this leave you now?
You're not alone
But you're not the same.
And that's the difference in a daily way.
Anyway,
Past the trivia lies the main meal,
That even a myriad of counterpoints couldn't help reveal;
I think in some weird way
This could work out.
I'm smiling up, right?
And he's smiling back down...
But since I'm gravity bound I think
f*ck it!
I'm going to move on around
And not forget.

So f*cking forget about it... 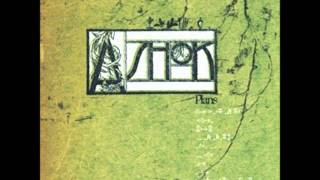 check amazon for Under The Thumb mp3 download
these lyrics are submitted by musixm
browse other artists under A:A2A3A4A5A6A7A8A9A10A11A12A13A14
Record Label(s): 2007 Filthy Lucre About Records
Official lyrics by