Made a few CDs.
Played with all our favorite bands.
Hit it big on the ska/punk scenes.
But we're never gonna be on TRL with Carson Daly.
Made a lot of fans.
Quit my job, dropped out of school, pressed some t-shirts bought a van
for my stupid ska/punk band.
But something tells me that I was so wrong
to think we'd make a change and not go down in flames
like everyone said we would anyway.
We sure had a blast, but hey man, that's the past.
I need to support myself some day.
We're gonna say goodbye and let's go down without a fight.
Strived for something more.
Trade in this uncool punk/ska, make it rock with horns.
The kids don't like it, its not Limp Bizkit. *INSERT SAVES THE DAY JOKES HERE
I missed you too, mom and dad.
Being at home ain't that bad.
I applied at Starbucks yesterday.
Our fans are dumb so never fear.
They'll like something else next year
even if for now it seems that they care.
We're g-g-g-onna say goodbye and let's go down without a fight.
*INSERT NEW FOUND GLORY JOKES HERE
Its alright, I'm okay.
We were famous for a day.
Its been cool, so lets just stop.
It feels good to end on top.
And if it gets big again, we'll just have a reunion.
It'll be cool, but we'll just stop.
There's no shame in ending on top.
Explain lyrics
Correct lyrics 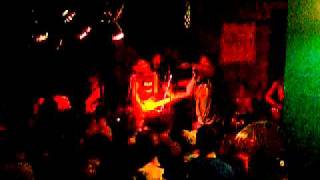