The Lady's Got Potential Lyrics

The Lady's Got Potential Lyrics


(Che:)
In June of forty-three there was a military coup
Behind it was a gang called the G.O.U.
Who did not feel the need to be elected

Yeah, just one shell and governments fall like flies, kapow, die
They stumble and fall, bye bye
Backs to the wall, aim high
We're having a ball
The tank and bullet rule as democracy dies

The lady's got potential, she was setting her sights
On making it in movies with her name in lights
The greatest social climber since Cinderella

OK, she couldn't act but she had the right friends
And we all know a career depends
On knowing the right fella to be stellar

Yeah, just one shell and governments lose their nerve, kapow, die
They stumble and fall, bye bye
Backs to the wall, aim high
We're having a ball
That's how we get the government we deserve

Now the man behind the President calling the shots Involved so discreetly in a lot of their plots
Was Colonel Juan Peron, would be dictator

Yeah, just one blast and the tear gas falls like rain, kapow, die
They haven't a chance, bye bye
The terrorists advance
But one guy doesn't dirty his hands
Peron was biding time out in the slow lane

Yeah, suddenly an earthquake hit the town of San Juan, kapow, die
They stumble and fall, bye bye
Keep away from the wall
But one guy was having a ball
The tragedy, a golden chance for Peron

He organized a concert with incredible flair
In aid of all the victims, such a grand affair
Politicians, actors, stars of every flavor 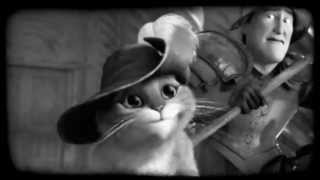