[Verse 1]
Back in effect
Boy, this that smack you up out of your slumber so hard that the force put a crack in your neck
Let's get it cracking, this dating with destiny
Can't be romantic, I'm branding an X
Niggas be slacking by poking the dragon
And can't even imagine they dancing with death
I know life's a bitch, but shit, dawg, I don't like to pit
So I got both hoes with me, I don't like to pick
Yeah, I'ma ride this motherf*cker 'til the wheels fall off
Little nigga, I ain't never saying, "I submit"
Boy, I got arcane vision, parlay, nigga
You don't want the arcade whipping
Not playing with 'em, if a nigga start
A finish, they finished, they finished, they get it
I can never be the type to quit
Boy I'm a Zulu warrior
Deuce deuce to the dude before me
You knew what I knew, you forced me
Ho, I move like I grew two stories, niggas ain't safe
I done gave the game buku warnings
Now I'm jumping out the roof like I'm Mewtwo, boy
Don't give a f*ck about what you do for us (Yeah)
Tell the undertaker that he better make some space up in the morgue
He about to get a few new corpses, shit
[Interlude: The Black Hokage]
I mean f*ck I look like being worried about a nigga on Twitter all day?
Constantly refreshing his timeline
Boy, you need to refresh your Wells Fargo session
You niggas is broke, mentally, physically, financially
Yeah
Basically what I'm trying to say is, it's no threat Bitch

[Verse 2]
f*ck love and the police, nigga, don't sleep
Ten toes, I put both feet in the whole street
If a nigga looking for me we can go meet
In the dome and then go see what it's gon' be
Nigga, proceed, why wait?
World turning, why deny fate?
Top five, yeah, you talk high but you 5'8"
Boy, you better keep your eyes straight
Niggas coming in to violate
Better migrate or get annihilated
God flow with the mob, though, like it's Moscow
Non going from the basement to the top floor
Talk to 'em, tryna talk to 'em, but I stopped though
Stop doing shit that y'all doing, and it popped, so
Props to them niggas, y'all put me in a box
But I'm not these niggas, we sitting with Picassos
I remember plotting on the future at Orozco's
Couldn't be the nigga that was going to where y'all go, damn
I put that on any and every
Bring out your best when you send them against me
I been told you niggas already, I'm ready
Not with the hate or the basic or fake shit
Or anyone playing or f*cking pretending
Speak on my name and you die where you stand
Better lie in the sand, or ho, shut up and get me
[Outro: The Black Hokage]
Man, don't get it twisted
I mean a lame nigga with money is still just a lame nigga with money
Get respect, 'cause I mean
By default these hoes always gon' bust down when they see the bustdown, rrah
Explain lyrics
Correct lyrics 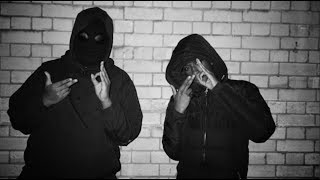