The king had been a prisoner
And a prisoner long in Spain,
And Willie of the Winsbury
Has lain long with his daughter at hame.
As I looked over the castle wall
To see what I could see,
There I saw my father's ship
|: Come a-sailing home to me. :|

“I have not had any sore sickness
Nor yet been sleeping wi' a man.
It is for you, my father dear,
For biding so long in Spain.”
“Oh, I've had no sore sickness
In lying with no young man,
But I have a grieve to my very, very heart
|: That you've been so long at sea.” :|

“Cast off, cast off your berry-brown gown,
You stand naked upon the stane,
That I may ken ye by your shape
Whether you be a maiden or none.”

And she's cast off her berry-brown gown,
She stood naked upon the stone.
Her apron was low and her haunches were round,
Her face was pale and wan.
Then she's took off her gown of green,
She's hanged it against the wall.
Her apron strings they would not untie
|: She was three quarters gone. :|

“Oh, was it with a lord or a duke or a knight
Or a man of birth and fame?
Or was it with one of me serving men
That's lately come out of Spain?”
“It is to a noble gentleman
Or to one of low degree?
Or is it to some jolly, jolly tar
|: That sails in along of me?” :|

“No, it wasn't with a lord, nor a duke, nor a knight,
Or a man of birth and fame.
But it was with Willie of Winsbury,
I could bide no longer alone.”
“ 't is to no noble gentleman Nor to one of low degree;
But it is to that jolly, jolly tar
That sails in along of thee,
Aye, he sails along of thee.”

And the king he has called on his merry men all,
By thirty and by three,
Says, “Fetch me this Willie of Winsbury,
For hanged he shall be.”
So he's called up his merry, merry men,
By one, by two, by three,
And Tom the Barber that used to come first,
|: The last come in was he. :|

“And it is no wonder,” said the king,
“That my daughter's love you did win.
If I was a woman, as I am a man,
My bedfellow you would have been.”

And he's mounted her on a milk-white steed
And himself on a dapple grey.
He has made her the lady of as much land
As she'll ride in a long summer's day. 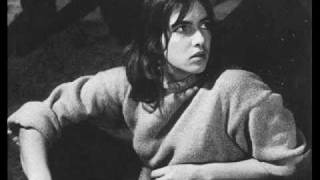