Bird In The Bush Lyrics

Bird In The Bush Lyrics

|: They met with a young man they know :|
And they've asked it of him if he had any skill
To catch them a small bird or two

|: Oh yes I've a very good skill :|
And it's come away with me to the yonder flowering tree
And I'll catch you a small bird or two

So |: it's off to the greenwoods went they :| And he's tapped at the bush and the bird it did fly in
Just a little above her white knee

And her sparkling eyes they did turn round
Just as if she was in a swound
And she cried “Oh, I've a bird and a very pretty bird
He's a-pecking away at his own ground”

|: Here's a health to the bird in the bush :|
And we'll drink up the sun, and we'll drink down the moon
Let the neighbours say little or much 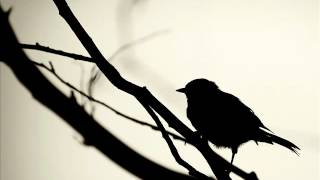 check amazon for Bird In The Bush mp3 download
these lyrics are submitted by kaan
browse other artists under A:A2A3A4A5A6A7A8A9A10A11A12A13A14
Record Label(s): 1996 A Wing & A Prayer Ltd
Official lyrics by