So it began that day on royal grounds,
She met the Prince that she would try to tie him down.
He held the reigns of power, and many victory,
And won the hearts of women with his chivalry.

Now the Queen had told the King about the Baroness,
How she had fell in love with a Knight of the very best.
Word soon spread fast around the castle and the land,
There were in love and she would soon take his hand.

Well she missed her chance, To grab romance
He left that day
On a Sunday Morning, they say.

The King had made arrangements for their Wedding day,
No price too big enough that he wouldn't pay.
What happened then was something only they could tell,
She watched him gallop off as the whole town-people yelled.

Well she missed her chance,
To grab romance
He left that day
On a Sunday Morning, they say.
Explain lyrics
Correct lyrics 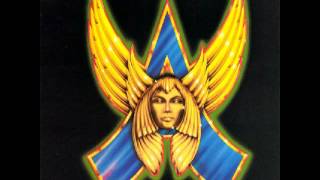