52 carat blue diamond
Rhymin', interior designin', grindin'
You can shake cheddar like me on the mic
Hit your point, hold your money when you're rollin' the dice, baby
Uhh.. either you go crash-and-burn
Or wake up in the morning with cash to earn, tiga
Check it homie get good with me
If just i can find your hood again
Who is that in the car? yo couldn't be
All the way out here, yeah Nicki t
Russian, get the weed sparked
Get the party started
And watch yo back fo the shark
Nigga cold-hearted

I got a fetish for Adidas, boss
But I betcha don't know what my Fila's cost, do ya
On chew, like dem baby pit bulls
And ain't no way you can touch my....cool
The 12th floor at the Marriot
You know, me and my tigaz chill there a lot
Fetti
I sit alone when the mic's on
With Tyson every time that the fight's on, kill 'em
I remember rhymes used to ride with nets
Flight at the midnight high with jets
You know Al Capone stretched tryi' to save the sets
And I'm teflon down, t shirts and gats
Rhymes you can taste, Rhymes, Rhymes galore
Rhymes you can buy at the candy store
You know who I am, I'm like credit card scam
Hot like soulfood, greens and yams
Extra-curricula, netting that riddicula
Hit the cloud like the bear or the fiddila
Shouldn've lied, I coulda been a good friend to ya Now i got to get rid of ya

I told my mom somethin' that made her cry
Looked her in the eye and said rappers don't die
We not gonna have an' tour, but we gon get by
So most of us gonna be in hell high, kickin'
Now put the rhyme on a triple beam
Now rock it up, and chop it up,
And try to grind into triple cream
Don't get caught with the same scheme
Meaning don't get caught with the same thing, King
It's like you got to be bald
'cause hoes and niggaz wanna see you go far
I think they mad when I ticks them off
But I'm a hyena so i got to laugh and break some off

The hot wax that's real fatal
Sup'd up to perfection like a weapon on a turntable
They say Gretta's got a new baretta
And he'll be aiming his gat like a crooked letter, foreva
I hit the night like stormy weather
And if you brag about your freak, i'mma say mine's way better
I rotate like the hands of a clock
And find ways to make my rap beat all on your block
You better knock on the door tiga
And lay them all on the floor tiga
'cause i think they want more tiga
I blow em out like a flat tire
And hit the weed for Richard Pryor
Then call em all straight liars
The corks in me like the tail of a fox
So get the grease hot, nigga
Or your tigaz'll be caught
Explain lyrics
Correct lyrics 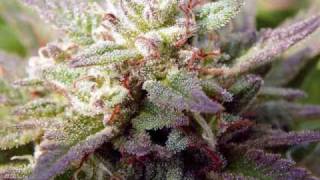