Sleigh bells ring are you listening?
In the land snow is glistening
A beautiful sight, we're happy tonight
Walking in a winter wonderland

In the meadow we can build a snowman
Then pretend that he is Parson Brown
He'll say, "Are you married?" We'll say, "No man"
But you can do the job when you're in town

In the meadow we can build a snowman
And pretend that he's a circus clown
We'll have lots of fun with Mr. Snowman
Until the other kiddies knock him down 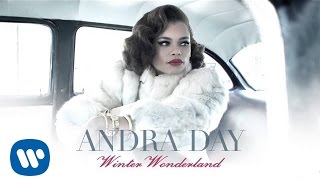