Aiyo, this time it's for my family, we ride or die
It's in the blood 'til the death, now aim for the sky
My four blow fo show, fo doe, for only
It's money, drugs and hot slugs you know bleek

Squeeze hammers t'il they nail me, f*ck what niggas tell me
Street scholar, keep firin' is what they tell me
Drug chemist, thug nigga be named Memphis
Straight from da borough of dem B.K. niggas

Where we rob for the fun of it, hustle for the drug of it
Rap money in rubber-bands, just for the love of it
Straight from my ghetto, we listen to heavy metal like
Desert eagles, street sweepers, loud metal

It's hit an run now, motherf*ck anyone of you
We dem niggas be in ya crib just like furniture
Pop up with the gun in ya
Release one for zero-zero M Bleek R O C dot com

It's ain't the bucks, it's the rush
You tryin' to get my ass at it
They say I think ass backwards
f*ck how I act, as long as I stack, it's all mathematics

Gets that crack back wit that ice
No joke wit the coke, I wips that right
No doubt, never droubt, gets that price
It gets that nice, when you live that live

I'm the illest female that you heard thus far Five-five with the thirty-four B-cup bra
I f*ck wit dem cats who ain't up to par
I get niggas for cash, clothes, jeweleries, plus cars

I'm talkin' rent money, I'm talkin' bank money
I'm talkin' Martha Keats step of with the rent money
Movin' on up, two in the sauna
Still ride through the block, pull up on the corna, plus

Give me an inch so I can take a mile
I bring life like a new born naked child
Bitches tryin' ta come up, gotta wait a while
As of now, Amil-lion just played ya style, you dealin' with, nigga

Yo, y'all niggas truly ain't ready for this dynasty thing
Y'all thinkin' Blake Carrington, I'm thinkin' more like "ming
I got four nephews, and they all right in
They all young and wild, plus they all like things

And I'm havin' a child, which is more frighting
But y'all about to witness is big business kid
Big bosses, cocky, and big benzsesses
Come through flossin'em shiny rims it is

An office don't pop up in their sentences
I think you understand what type of event this is
I don't think you know I focus young Memphis is
Or I see was so real, when you add on Amil

This is much more than rap, it's black entrepreneur
Clothin', movie, and films, we come to conquer it all
Roc-A-Wear, eighty mill like, eighteen months
You could bullshit wit rap if you want, muthaf*ckers
When it's all said and done, we gon' see what's what
Holla at Hov, I'll be in the cut what 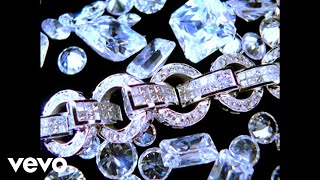