Waking to a dream, entering the ethereal
Gazing, wide awake in the world of the sleeping
Clear definitions of dream versus reality shatters
Parts of a whole, forming the existential weave

Twins of the origin

Soaring past the gates built by a thousand fever dreams
Entering the halls, constructed by the collective subconsciousness
This palace everchanging, adjusting and breathing through our thoughts
Oozing this night from the pains and pleasures present here

Acting the grand observer of countless thoughtforms
Seeing the astral doubles of experienced emotions Grotesque beings of projected hatred
Produced by the physical plane, hand in hand with suffering

Leaving the palace of omni-potent dreaming
Hunted by messengers of mankind`s imagery
Returning to flesh in shades of blood and silver
"Heed - recall nothing!" 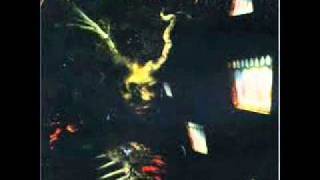