Have you heard the story of the hot rod race
Where the Fords and the Lincolns were setting the pace?
Well that story is true cause I'm here to say
I was driving that model A.

It's got Lincoln motor and its really souped up
And that model A body makes it look like a pup
It's got eight cylinders, uses them all
It's got overdrive, just won't stall

It's got a four barrel carb, and dual exhaust
With four, eleven gears you can really get lost.
It's got safety tubes, but I ain't scared
Breaks are good, tires fair

All of a sudden, in the wink of an eye
A Cadillac sedan passed us by
I said "Boys this ones marked for me"
But by then the tail lights was all you could see

Wound it up to 110
My speedometer said I hit top end My foot was glued like lead to the floor
And that's all there is, and there ain't no more

Now the boys all thought that I'd lost my sense
Those telephone poles were like a picket fence
They said "Slow down, I see spots!"
The lines on the road just looked like dots

Took a corner, side swiped a truck
Crossed my fingers just for luck
My fenders was clicking the guard rail post
The guy beside me was white as a ghost

We had smoke coming from out of the back
When I started to gain on that Cadillac
I knew I could catch him, I thought I could pass
But don't you know by then we'd be low on gas

I had flames coming from out of the side
Feel the tension, man what a ride
I said "Look out boys, I've got a license to fly"
And that Caddy pulled over and let us by

All of the sudden she started knocking
Down in the dips she started rocking
I looked in the mirror. Red lights were blinking
The cops was after my Hot Rod Lincoln - Damn

The arrested me and they put me in jail
Called my pappy to throw my bail
And he said "Son, you're going to drive me to drinkin'
If you don't stop driving that Hot Rod Lincoln" 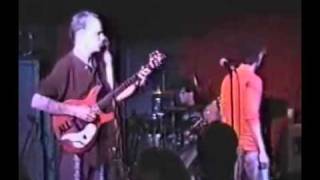