(Intro: Ali)
Check it out, my name is Ali
I roll with them Lunatics
You know us, know what I'm sayin'
But what you might not know
Is we got a lot of MC's in St. Louis
So we gon' do it like this
First up we got my man Jewely!!!

(Jewely)
Now what's a grand finale
If you ain't drinkin' grams in Cali? El Caminos on toners
Hotel Nico with Mona, weed from Pamona
And any ghetto catch this St. Louis nigga on the corner
My persona known to leave rappers in a coma
So faggotts stop the grinnin', them chrome rims reflect
The hate in your face as you see em spinnin'
MC's are screamin', "No mo' shoutouts" through nine innin's
I'm drama, like two baby mommas and one pendin'
This here rapper split up your vest, cause the shit I'm packin' Dawg'll
knock your heart out your chest
Rappers suffer from cardiac arrest
If I'm uncomfortable I dump a few
You niggas are actin' like, I won't send em to the afterlife
This is Judah Zor, a hard act to follow
Murderous clique nigga, known as desperado.

(Ali)
Up next, Hillsdale representative
My nigga M.K.!!!

(M.K.)
You knew what time it was soon as you stepped in the door
Bitches gigglin' and pointin', and whisperin', "There he go!"
Where he go? Me I be loungin' between the ice
Sippin' Don P with a dime piece right!
Whisperin' in my ear about menage a trois
Us and her partners, El Passe panties and bras
Freaky deaky baby I'm lovin' that
Dig the way that you think, them your partners?
Get them a drink, shit one bitch was strippin'
Cause she didn't get picked, but baby
We roll with time, it's only rippin' the six, trick
Minutes later nigga rollin' four deep
Them bitches tonguin' in the back
I'm gettin' some head up in the frontseat
She like, "I got this" you control the cockpit
While her partners in the back sixety-ninin' tradin' cock spit.

(Ali)
Up next, we got that hazel-eyed heartthrob
Miss Fo' Reel, Penelope!!!

(Penelope)
Hot like fire, makin' these niggas yearn
Don't be stressin' me dirty, you got shit to learn
How to keep these seven zeroes that's my only concern
Put a torch to these hoes, make these bitches burn
Stern, as I handle my grit, talk mo' shit
Spit, and let my fo-fo rip, so bitch don't slip
Don't make me put a lump on your lip
A dip in your hip, I'm snatchin' your shit
I want it all so give me it
Am I a Luna-chic? Uh huh, I'm a looney bitch
More deadly than the venom that some anacondas spit
The Marilyn Monroe, of the ghetto
I'm a sucker for cornrows, niggas in Timbos hey
(I got old Timbos mama, let me, let me, can I hit that?)
Oh Lord, look nigga (C'mon mama let me hit that)
Get the f*ck on out of my face talkin' all that
Old silly ass bullshit.

(Kujo)
Niggas hate me cause I'm nice in the game
And got a style priceless like ice in the chain
Aiyyo so who am I? I'm the best to ever spit
I got that, "Hot Shit" like I'm Nelly and the Tics
I pop a hot block dodge the cops and the dics
Cause they want me gone, been in the game too long
Here's how you want it, you come with guns nigga
We cock two, got work? I comp too
Block one, we pop two
For the love for my family, and my seed
Makin' sure them records live on, from now until infinity
I'm from the 34, live in 3D
Southsiiiiiiide, hot boy like I'm Figi
Spit the truth til I die, give a f*ck you niggas sick of me
No matter what the f*ck you faggotts do
You can't get rid of me.

(Ali)
Peace, to my cousin Trife, up next
The one and only Mic Checker!!!

(Ali)
One love to PL-Spin
Naw you know, up next Boogee Mann!!!

(Boogee Mann)
Well Mr. B-double-O-G what? M-A-double-N
I smoke joke and grin, and f*ck your best friend
Only if she a ten, then I slide right in
Boogee and DJ Spin, be thunder and lightenin'
Damn that's frightenin, so tuck your vest in
My lyrical Mack-10, spit flows that kill men
It's the Midwest y'all, we aimin' at all y'all
We the ball til we fall or it's nothin' at all
So just warm up the water, cause we Blink like Trotter
Half-baked half slaughter, comin' like Vince Carter
How you want it head or cut? We in the back of the truck
Tryin' to see if baby girl can make me bust this nut
Cause I'm 24 inches above the gun creek
Get these hoes deep, so you pack yo heat. (Ali)
What up Spud? Up next representin' V.I.P.
King Jacob and Suga Chi!!!

(Suga Chi)
Microphones I burn bitches to whom it may concern with this
Gotta learn this is to all my foes
Them baby mommas swervin' Neons and Geos
Cause they nigros to peep my steelo
In a ??? ready for war, suited and booted
Undisputed dame, been the same, in the game
Since my Tenants had fat laces, smack faces
With Tipsy (Ouch) intoxicated feel it bitch
You gettin' thrown out of clubs ever time you see me.

(King Jacob)
Uugh, everybody want to be street
Guaranteed they bring the most heat
And swear to God ain't nothin' sweet
I agree, but I also feel I ain't got to prove shit
To do it to them punk ass niggas from your click
I f*ck hoes that be so thick, when I roll you know this
And them twenty inch chrome rims sit so sick
Motorola shit for communication, this is to aid my flows
Take over the whole nation.

(Iceberg)
It's the nigga the player that keeps it duplicated
Or faded in no type of way, hate it if you like
But you can't stop us gettin' paid
Unless you sabotage the stage, or drop us in a place we stand
And then you have to worry bout your whole state
We made it now the legacy's forever more
Style be forever raw, heaven or hell
I'll stay forever S-T-L
Catch me down down baby, in a black Humvee
Comin' to get my f*ckin' corner back for Nelly, (E.I.!)
My f*ckin' record sales were barely, (Uh Ohhhhhhhhh!)
Now there's nothin' they can tell me
What I do is always too late, for the Louie
See how you fools respond to these bomb frees
Bigger Big Lee released all these beats
And everytime we do what's f*ckin' million ???
And come to answer their question of how come I-C-E-B-G
Gon become part of this Alumni nigga

(Ali)
All the way from the Cle-Town we got my man E
Hella (Louie Town) Foundation!!!

(Foundation)
You never met a four, better with metaphors
Metal for whores, like Tiger's metal four
Shit, that's what I met her for, strictly city
Thick cliques mixed with Big Lee
Can't disturb, stand clap hands dance and swerve
For the spot where nobody else should fix a hand or word
E-Perior bless, since we all wreck mic checks
You guess me on, Midwest be songs, and testin' Jones
F with the best be gone, no quest-ion
School yard parties, fourty-four-four
Seventy West and East, don't get it F in streets
Style shows like sandals, pumps get handled
Dismantled, St. Louis is Tony Soprano
No two, heffers with blow poor, ghetto mo' gurr
Blow bolo get fooled around the clock.

(Ali)
Up next, we got two live MC's
My man Storm and his home' West Stone.

(Storm)
You can't f*ck with Storm, six niggas in the truck with Storm
You want to jack him, but you won't got no luck with Storm
My dirty run with dirty niggas and he from St. Lou
Plus he know Kung-Fu, and he got guns too
That big dick dude, that flip kick fools like Tom Cruise
You don't wanna battle me dude you gon' lose
Hit you with one-two's, your lungs bruised
My foot in the butter so many crews call me doo-doo shoes.

(West Stone)
You know Stone is known to break them bones
Meet your chick and take her home
Get one chick and make her moan
And you wonder why these niggas hate the Stone
Broke their backs, when I wrote the raps
Nigga don't drink I'll smoke to that
Niggas hopin' that, I'll take a bow
Want to take my life? Better take it now
I'm still alive let me break it down
Turn this shit to the O.K. Corral
Get to blastin', whippin' asses
Forget that talk shit, I'm with the action
Want to make it hot? I'ma bring the heat
Ain't no nigga that can hang with me.

(Ali)
Up next we got Goobee Thug
The rhyme spitter!!!

(Goobee Thug)
We gon' get two seats recline and lean harder
X, smoke green, and buy the spring water
Y'all niggas polish your jewels to bling harder
I cock the fifth, y'all drop your shit
Type of nigga rob you to cop the whip
Catch me, on 23's with a boxter-twist
See the rocks twinkle twinkle right in front of your eyes
I shine brighter than the sun in the skies
Got a gun on my waist, got one in your eye
And I stays blowin' haze and that Chocolate Thai
Y'all smoke swag weed that's brown with seeds in it
I hustle from first to first through seasons
And you gotta accept this, I ball like the Celtics
A. Walker, shake you up
And I have Ted Foster to make you up.

(Ali)
Up next from the Rawkus Crew
My homeboy Fister!!!

(Fister)
I'm the man before time, move hands before time
Like Don Bluth I made The Land Before Time
Some MC's think they're nice, but not hardly
That's what they "Say Say Say" like Paul McArtney
And Michael Jackson, I cypher the action
To anyone who assists like John Packson
Who these kids think they is tryin' to act all wild
They temporary like members of Destiny's Child
I'm spottin' the top Feds, poppin' the hot lead
All in his pothead, makin' him drop dead
Call me Shanksoon, lyrically snatchin' your soul
Your squad's useless, like the right arm on Bob Dole
Behold, the manifold of a black Aristotle
Roadkillin' MC's, with my hand on the throttle
Smashin' em all, mashin' em all, bashin' em all
Picked up my Friday check cashin' em all
Explain lyrics
Correct lyrics 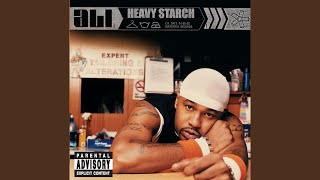