[Gipp]
Yeah, it ain't nothin for Gipp to put it where them magazines
change the whole atmosphere of the club, them rattle thangs
I'm like y'all, pump sweatin out my triple beams
Shirt's off, one on one up in the pork-and-beans
Where the walls sweat, security ain't shit
And e'rybody signed came up in the club {?} (let 'em fight)
First came a push, then came a scream
Bottles and chairs start flyin and all kinda things

[Ali]
Yo, yo, yo
Aiyyo we bust through the door with no I.D.; so what they cardin?
Passed the police, SWAT team and the drill sergeant
Violent music makin, this is how we start shit
Like dem fights, we might jump in the moshpit
You can't stop us, we take it, way past the margin
Swing a bow at your nose on purpose and hit the target The guard get bruised and scarred, pop with a hard head
Your garment is left with blood, stained at the party

[Gipp]
Yeah, we on that water water, we on that yellow yellow
We on them pills pills; tell me how you really feel
Brown liquor in my cup I tell a lil' quicker
Like real shit on ice in ya grill, ain't nothin slicker
I hit that bitch with a bottle, a bottle
Put her back in line like her father, her father
Slam dunk, cold world put her life back in order
And if it go to court shawty you won't get a dollar

[Ali]
Said head (head) shoulders (shoulders) knees and toes (knees and toes)
Go in the crowd at e'ry one of our shows (one of our shows)
I seen this po', nigga get pistol-whipped with the fo'
I seen this hoe, get her head busted with a Manolo Blanco
Shit, go on and clear the flo'
Let 'em go 'head up, let 'em go for what they know
Let this circle be the ring, let the crowd be the judge
But whatever you do, don't let nobody break it up 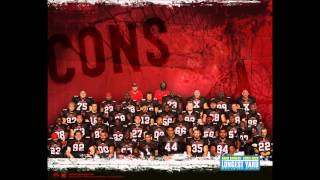