Animals
Algiers
Claudette In Parallax Games Irony. Utility. Pretext. And When You Fall Old Girl We Can't Be Found Wait For The Sound There Is No Year Walk Like A Panther
Official page Animals video Algiers twitter Algiers facebook


They used to wear the sign on the right hand side
But now they send you letters asking you to subscribe
So they can bow their heads while he hates so loud
And say, “You don't say. No, you don't say. You don't say.”

Don't feed the animals, they'll only take you in

And now the old man's walking around and around

While he conspires with the pig who's been ousted
They're hoping that you never figure it out now
Don't feed the animals, they'll only come back again

They're hiding in all the corners and the cracks of the culture Then they stay there and hide until it's just the right cult
Of personality to power and absorb all their shame
And say, “It's OK now. It's OK. It's OK.”

Don't feed the animals, they only feign innocence

They are the judge and jury once they've finally found you

Or else they're gonna try to get you to join them

But just don't try to say that we didn't warn you
Don't feed the animals, you could become one of them 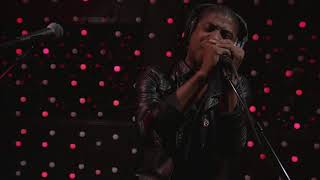