Can I take you back for a minute
It's not just lyrics
I live it I'm spillin my spirit
On the beat like streets cold as blizzards
Late night drownin' my sorrow in a bottle of spirits
Was a sweet child, that characters missing No trace, now it's bora in coat and screw face
Colder, soldier, angry young male
Don't ask how, you already know the tale
Never lived with my father
Nasty break up with my mum and her partner,
And of course, times was harder,
Moms did her best with the strength she could muster,
But she so stressed it was us that would suffer, Plus school teachers hate me, say that I'm feisty,
Play all kinda mind games to try break me
Helped turn a innocent kid, into a ignorant pig,
f*ck em anyway, I still got straight A's

Winter was real, no gas
I went to bed in full clothing
Back when my world was closing in and mom was sick
I can't explain the pain when the news came
Sorta like the blizzard that came after the rain
My mind was a prison, I visioned the worst
Ran home from school, wanted to get there first
Didn't want either of my sisters, to find what I pictured
Moms was too strong, she just soldiered on,
Dad, I ain't mad,
Don't think I don't understand, But I still had to learn how to be a man,
Standing on my own two, not the way you supposed to,
Funny how the cycle repeats,
Nobody showed you, Wouldn't believe I told you what I had to go through,
Pressure couldn't fold me, but turnt my heart cold G,
What don't kill you make you strong supposedly,
That must be why nobody can hold me.
Yeah I had a struggle, but really it's sugar-coated,
When you think of all the millions barely living and hopeless,
In the news Mother and child, bellies bloated,
Put yourself in their shoes, knowin' death is approachin,
But it's not fate, it's bait, they were thrown in,
The deep end of the endless ocean of mans sin,
Politics, religion, man philosophise,
Got technology and television,
Still don't know why the worlds a weight on top of your shoulders,
But we fold up, true we can't hold up them boulders,
I been through the shit, but came out like roses,
I'm blessed, don't ever think I don't notice,
I know I got a path, but it's hard to stay focused,
Specially on these roads, where foes are like roaches,
Foul and I crush em and I won't even notice,
If I lose my way, I just want you to know this. 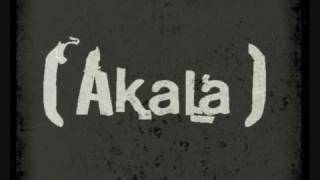 check amazon for Cold mp3 download
these lyrics are submitted by kaan
browse other artists under A:A2A3A4A5A6A7A8A9A10A11A12A13A14