The day is facing it's end and the night rises from the foggy valleys.
The wind rushes through the tops of the swaying trees
To lose itself in the vastness of the eternal horizon.

But in this night, everything that so far just happened in his dreams,
Becomes real.

The sparse light of a candle illuminates the chamber and like every night
He is deeply absorbed in his volumes of forgotten lore to dive into other worlds.
Together with his heroes he sails the seven seas, climbs the highest mountains
On the search for infinite glory.

Clouds give way to his path - the path only he is able to walk.
If you take a look at the stars, then trust your eyes 'cause you will see him.
He's the one who walks the nocturnal skies.

Led by an invisible hand he runs out into the nocturnal world. Step by step his feet carry him without knowing any destination.
The moon throws bizarre shadows onto earth
And a lonely hawk glides above his head.
How much he wishes to stare at the world from above.
Before having ended this thought he suddenly rises towards the skies.

The voyage leads him over the sleeping town,
Passing streets, towers and houses.
The scant light of the lanterns draws blurred pictures onto the plaster.
Weightlessly gliding through time and space.
Never before he felt surrounded by such deep safety and freedom.
He does not look back and walks further and further into infinity.

But in this night, everything that so far just happened in his dreams,
Becomes real. 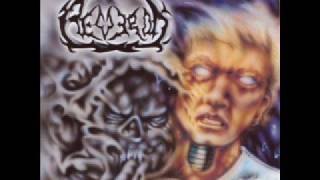 check amazon for Nocturnal Skies mp3 download
these lyrics are submitted by BURKUL4
browse other artists under A:A2A3A4A5A6A7A8A9A10A11A12A13A14