Yeah. Pazienza. Yo Lib, what up baby?
Slaine, my brother from another.
Yeah. Philly to the Bean all day.
Official Pistol Gang. Ill Rock. (hahahha)

Road warrior, murdering miles
Guzzle bottles, splash puddles on models
Got the club shit that you catch on the dial
This that drug shit that get kept in the viles
Wild style, stayin' in a box-car
Fame in the street, enterage of rock stars
Pop lock up cars, switch up daily
Dive bar, shitty store, sniffers pay we
Outlaws, alchohol fuel our cravings
Blow cigars, get scarred, f*ck safety
Risk takers, paper chasers
Box your mothaf*ckin' face with razors
Ruthless assholes, my crew's so rotten
Sloppy strippers on the pole for oxy
Not from the Carter that they cop from poppy
Nazi cops want a red dot and pop me
I'm huntin' zombies, with Pun on repeat
Knee deep in shits creek, no tongue and cheek
When I speak it reeks from the curb
Listen, start ichin' to rob
If not, then the slob ain't doing his job
So dance with the devil before you go meet your god

I don't gotta say no names
Cause a bitch is a bitch, I don't play those games
Official Pistol Gang, we hold thangs
And I'll bloody up your shirt, like tomato stains
See I done been to hell and back
I done talked about murdering the president, my cell was tapped I smell a rat, should've went to jail for that
These mothaf*ckers mailed the pipe-bomb, I mailed it back
I see all of y'all rappers as tight gay
City sought the giddy where the diesel is light grey (yeah, namean?)
I don't give a f*ck what you might say
Buck 50 side of the neck where the knife lay (that's where the knife go)
My horror been shining for years
I done outlasted ever single one of my peers (I'm still out here shining)
But for me that's just a common affair
Peace to Adlib, now I'm out for some beers, yeah

Stab your nose, drunk with a six figure salary
Pop????, who want to challenge me
I'm a superstar, you don't live in my galaxy
King with the crown, you ain't down with the palace, see
I run this town, layin' in the shadows
Everybody know the name Slaine, Mr. Carol
Double-barrel shotgun, watch fools travelin'
Sawin' you in half, collapsin' your abdomin
My dues been paid, the rules been layed down and broken
C'mon stupid, don't provoke him
You cats smoke crack rocks like '86
And you snitch ass dope phenes boostin' with the shady bitch
I ain't fallin' with the traps and tricks
Pull the wool over your eyes when I clap the click
Ain't no fun over here, I'm on some backwards shit
Black crook, black hoodies, and the blackest kicks (like this) 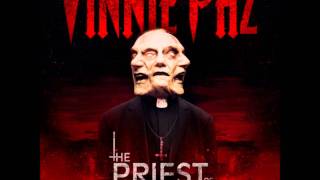