[Chorus]
I got no f*cks to give and I really don't care
I'm just here for a couple of beers, yeah
I got nowhere to go and nothin' to lose
Don't make me knock you off of that chair, yeah

[Verse 1]
You gonna do what to who?
Nigga you ain't nothin' dude
Shit, he say nigga?
Yea I did, nigga f*ck you!
Oh I can't say that but you can say that?
Black Lives Matter and every white dude is racist
I like country and rap, they say I can't, I say I can
Hold up, matter of fact

[Interlude: Spoken]
I'm sayin' listen, racism is at an all time high in America
I don't judge by their color, I just judge them on their character

[Verse 2]
Who wrote, you know, I know how to get it in
Dog Cujo, you know, you just on that King shit
Large I'm livin', you ain't in charge, I'm givin' you three seconds
'Fore I lose my temper, stomp your head in
Oh my God aggression! f*ck yea, I'm American
Sometimes arrogant, I'm aware of it
Take that f*ckin' towel off your head
I don't like the way you're wearin' it
"Allahu Akbar", I'm sick of hearin' it from terrorists

[Verse 3]
In our home land, little kids poppin' xan's
Walk around skinny pants, where the f*ck are mom and dad?
But I'm supposed to honor that?
Sorry Honor, I object and by object
I mean I'm comin' at your mother-f*ckin' neck
f*ck a threat, don't pretend it bitch, I know what my gender is You think I'm offensive? I think you too f*ckin' sensitive
Censor this, I don't don't give a f*ck or a blurred middle finger
You more p*ssy than my little sister, get the picture

[Chorus]
I got no f*cks to give and I really don't care
I'm just here for a couple of beers, yeah
I got nowhere to go and nothin' to lose
Don't make me knock you off that chair, yeah

[Verse 4]
Pu-pu-pu-public enemy number one, under the gun
Never seen an enemy wantin' beef I'm runnin' from
Country rap, what the f*ck is that?
Haters point and laugh
Watch me put it on my back then
Put it on the map
You ain't Church, you ain't Demun
You ain't Jelly, you ain't Struggle
I'm gonna make this simple bitch
I'm out to get you, you in trouble
I'ma end you before you start
Take a man, break his heart
I take action, you actin', learn to play your part

[Verse 5]
You a fake, you ain't strong, you a bitch, you a fraud
Music that I made make you wish you never wrote a song
Run along before you catch clips from the automatic
I'm a savage, all you do is rap about mud and tractors
It's more than that, White Trash we deserve better
Redneck, Hillbillies, I'ma put this shit together
Don't you ever say my name, I'll expose ya
Close your casket faster than I closed Hosier's
Game over
Explain lyrics
Correct lyrics 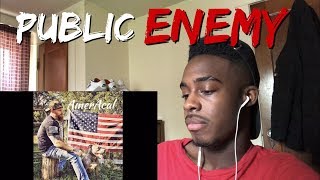