I abjure the name of Jesus Christ
Die slaves!

You lousy embodiment of weakness, founded and arisen from adversity
Vouching the lies of your henchmen, hypocrite advocates of equality

I reject, repudiate all the love you promise
You corrupt, you gangrene, you kill all that is pure in man 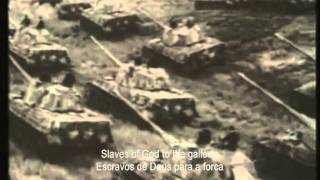 check amazon for Slaves Of God mp3 download
these lyrics are submitted by BURKUL4
browse other artists under A:A2A3A4A5A6A7A8A9A10A11A12A13A14