The cryptic seal's been shattered,
Scared, the petty humans scatter.
On the streets, blood has been spattered.

From it's own stupidity,
The perishing of humanity,
Coming without sanctity.

Bodies emerge from the catacombs,
People fleeing from their burning homes,
Horror stated in ancient tomes.

It's a cryptic apocalypse!
The zombies approaching near
Man's fate screams from the grave.
We're the children of the apocalypse! The Armageddon is here.
Man's fate, for us he slaves!

There will be no co-existence.
Corpses decay with pestilence.
Join us or die, there is no resistance!

You have no choice but to give us your souls.
As slaves, you will fulfill your roles.
As puppets, your carcasses we control.

The zombie masses multiply,
With every victim the dead still rise.
This won't end until every human dies! 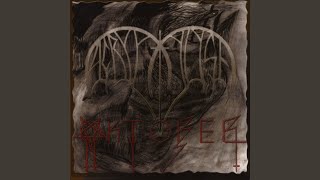