Forget About Fiction, This Is Reality.
I Am Convinced, They Are My True Friends.
I Care About Them And Their Relations.
Members Of My Family.

Look Out Be Careful, She's Exploiting You.
Sleeping With You Just To Get Pregnant.
Already Tried Your Brothers But She Failed.

Meaningless, Really Creative!
Who Wrote The Script, I'm Only Wondering?
Maybe It's One Of The Cameramen,
Filled With Clichés And Stereotypes.

Someone's Dreaming, Fuzzy Image, And That's The Sign We Know.
Zooming In When It's Dramatic. Ooh.
Still We Watch When They're Playing Their Games. Still We Watch Even Though There're Teasing Our Brains.

In Front Of The TV You Sit Paralysed.
Characters Dying, But They Rise Again.
Two Hundred Episodes Were Just A Dream.
Who Really Cares? You're Obsessed.
When She Appears Your Hate Is Growing.
"Man-Eating, Power-Crazy Wrinkled Bitch!"
Using Her Sons To Get More Money.

Genius? Maybe Creative?
Its's Cheap But We Don't Care 'cause' We're Stuck Inside.
A World Of Imaginary Friends Where Fiction Melts In To Reality. 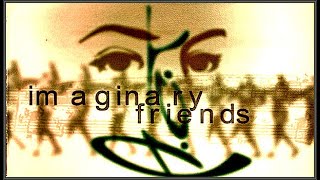