What Cha Gonna Do Lyrics

What Cha Gonna Do
A.L.T
Tequila Broken Wings Metalingus Burn It Down Between The Sheets I'll Take You Back Shed My Skin 0-1 Angel One Day Remains I'm Flippin'
What Cha Gonna Do video

What Cha Gonna Do Lyrics


[Verse: A.L.T.]
What you gonna do when you get out of jail
Head to your homie's house, yo, it never fails
Now you at a party with ya other homies, chillin'
This gun's for lovin' and this gun's for killin'
He got a .38, you know, a nickel plated raven
He'll see you to the grave if you be misbehavin'
Don't disrespect the neighborhood cause homie don't play
He just did six in the pen the hard way
Don't {f*ck} with 'em, he's from the old school
Packin' a tool
In a circle smokin' a super pool
Kickin' a butt out the big tall cans
Sportin' [? ] Dickies and some down black Vans
His heina's actin' up, and if she dump him, then he'll choke her
A tat on his back, it says "Mi vida loca" Now if you watch Scarface cause you think he's the greatest
The homeboys come over to fill you in
On the latest
Smokey got fat
Shorty got a gat
Goofy got cracked with the baseball bat
But we got revenge on them fools last month
Blasted on the party with the seven shot pump
Shorty shot first three times with the cuete
Now he's up in Wayside, holmes, doing siete
And he can't even make bail
What you gonna do when you get out of jail 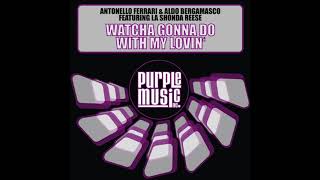