eLyrics A A Gruesome Find Lyrics

Only the bravest, mightiest of men
With courage in their hearts and fire in their blood
Would lend their steal to protect thy throne
And spill their blood on enemy soil The fighting was most fierce, clashing steel echoes through my mind
I gave them the edge of my sword and left their blood soaking in the sand

Thousands of warriors fighting for their cause, battled to protect, and honor thy name
He who survived sailed home triumphant, now we shall return, for victory is ours! 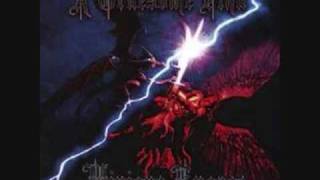