"Feindin' like a bitch, To stay in the game
Hustlin' n strain, I was up
But now I'm long came"

I was flippin', lost my sack
Now I'm tryin' to get back
I can't resort to the jack
Because I'm known for that
But I'm a gangsta
An ace at all tricks of the trades
Since I was young
(My occupation was 'steady stayin' paid')

So I ...(?)
And come up with a master plan
Oh yeah I know I'll rob the house across my (?)
Hell muthaf*ckin' yeah, That's a cool come up
There's hella weed and money
Plus the people is old as f*ck

I seen that old muthaf*cka take his ass to work about 10
That's when my pimp ass gangsta plan Had to kick in
So I approach with slow speed and hella keyed
(Pervin' off the dank, yeah I'm thinkin' bout some money)
Kicked in the door with no time to be wasted
The first thing I seen was the old bitch ...(?)
Put the pistol to her head and she pointed to the next room
Opened the door
I seen hella money and loot

Shot the bitch in the face
Then I ran straight to the back
I throw in a fist with the muthaf*ckin' money sack
Jumped in the Lac
Put the peddle straight to the floor
Two beeps on the horn
([beep beep])
Now I'm outtie, ho 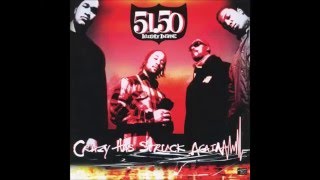