[Verse 1: 38 Spesh]
Y'all niggas ask me why I'm up, I say the game is simple
And if I always be your crutch, you gon' remain a cripple
See, you're worried about who came with you
I worry about the people not here
It's clear that we ain't got the same issues
I had three strippers named Crystal
38 tattooed on their nipples, they like the same pistols
There's currency in my brains signal, commas and dollar signs
My mind resembles the same symbols
A closed mouth don't get fed
So I'm vocal about the shit that I never had
I was born poor, we was all dealt the bad hand
So I brag about the shit that I wouldn't grab
Niggas said my visions will never come true
I took off winning, I gues beginnings was never humble
I ball up 1s and let it fumble all over your bitch
For the ones that want to see my cheddar crumble
You ain't never have to sell a bundle
Or bundle your commissary together to make better gumbo
I survived through the ghetto jungle
Now I got a place across the water, right by the tunnel Huh!

[Verse 2: Ransom]
Look, this is murder he wrote
Purposely float across the track of a fiend's arm, verbally dope
Heard he was broke until he purchased a boat
Old school candy painted Cadillac with some burgundy spokes
When I was young, my best friends, I was serving their folks
Yeah, that's how my brother taught me
Went on the [?] for twenty grand 'cause I learnt from the GOAT
Paid no attention and the shit was costly
My bitch divorced me when the system lost me
Life's a bitch, friends get jealous
They was jealous when they heard [?]
Longer you hang, the further the rope
[?] the cops trying to kill us 'cause they heard we was woke
Hard to be civil minded when the kid is blinded
Contract's on my life, no nigga signed it
Let's get reminded, harder than gin and tonic
When I spin Ebonics, you'll get astonished
This nigga's honest with a bit of polish
I told my kids I had to visit college
But I just had to do it big to get a bit of knowledge
Yeah!
Explain lyrics
Correct lyrics 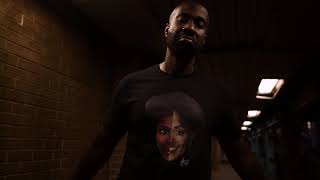