[2Pac as 'Soulja']
Crack done took a part of my family tree
My mom is on the shit, my daddy's splittin, mom is steady blamin me
Is it my fault, just cause I'm a young black male?
Cops sweat me as if my destiny is makin crack sales
Only fifteen and got problems
Cops on my tail, so I bail til I dodge 'em
They finally pull me over and I laugh
"Remember Rodney King?" and I blast on his punk ass
Now I got a murder case..
.. you speak of heaven punk? I never heard of the place
Wanted to come up fast, got a Uz and a black mask
Duckin f*ckin 'Task', now who's the jack-ass?
Keep my shit cocked, cause the cops got a glock too
What the f*ck would you do - drop them or let 'em drop you?
I chose droppin the cop
I got me a glock, and a glock for the niggaz on my block
Momma tried to stab me, I moved out
Sold a pound a weed, made G's, bought a new house
I'm only seventeen, I'm the new kid
Got me a crew, bought 'em jewels, and a Uz'-thick
But all good things don't last
'Task' came fast, and busted my black ass
Coolin in the pen, where the good's kept
Now my little brother wants to follow in my footsteps
A soulja

[Chorus] [2Pac]
Buck, buck - niggaz get f*cked, don't step to this
Quiet as kept I'm blessed on a quest with a death wish
Tell 'em to come and test, and arrest, nigga it's hectic
Here's the anorexic, I'm makin it to an exit
Walkin through the streets on the black tip
Packed with several gats, cause I'm on some "pay 'em back" shit
Niggaz don't wanna try me, brother you'll get shot down
Now I'm king of the block, since my bigger brother's locked down
I'm hot now, so many punk police have got shot down
Other coppers see me on the block, and they jock now
That's what I call a kingpin
Send my brother what he needs and some weed up to Sing-Sing
Tellin him just be ready set
Pack ya shit up quick; and when I hit, be prepared to jet
Niggaz from the block on the boat now
Every single one got a gun, that'll smoke - pow!
These punks about to get hit by the best
I'm wearin double vest.. so aim at my f*ckin chest
I'll be makin straight dome calls
Touch the button on the wall, you'll be pickin up your own balls
I can still hear my mother shout..
"Hit the pig nigga, break your bigger brother out"
I got a message for the warden
I'm comin for ya ass, as fast as Flash Gorden
We get surrounded in the mess hall, yes y'all
A crazy motherf*cker makin death calls
Just bring me my brother and we leavin
For every minute you stall, one of y'all bleedin..
They brought my brother in a jiffy
I took a cop, just in case things got tricky
And just as we was walkin out (BANG!)
I caught a bullet in the head, the screams never left my mouth
My brother caught a bullet too
I think he gon' pull through, he deserve to
The fast life ain't everything they told ya
Never get much older, following the tracks of a soulja 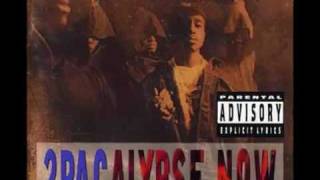