Do You Believe In God? Lyrics

Do You Believe In God? Lyrics

[Verse 1: $LICK $LOTH]
Pullin' up with the pump, slugs that'll make you slumped
Drugs always keep me numb, wake up in the mornin' just to pop some
Bitch, it's f*ckTHEPOPULATION
Bodies in my basement
Lord of the forsaken, watchin' bitches fornicatin' (shit!)
Lucifer, Beelzebub, Satan
Triple six be my language (ayy)
Smokin' on something that's flagrant (ayy)
Shootin' up something that's tainted (ayy!)
Raindrops cover my dreadlocks
Mood 21 Savage, that Red Opps Might get my face tatted with a tear drop
Shell-shocked leavin' bodies on the sidewalk

[Verse 2: YUNG PLAGUE]
Six days 'till my death, on the seventh, let me be
Lower-level dwelling, now the devil rocking FTP
Ruby setting trends, but in the end, he wants his breath to cease
Leopard print all on his body, body hangin' off the Sphinx
Ruby got a plan involving firestorms thinnin' out the herd
Ruby got a plan to see the locusts swarm, poisoning the dirt
Ruby gonna find his death and flirt
Ruby got his motherf*cking heart torn, cut up into thirds
Ruby got a broken oath, he once swore, take him back to church
Ruby bloody fist up her skirt 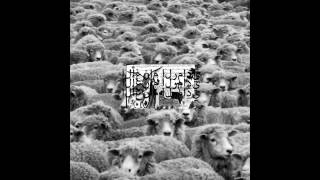 check amazon for Do You Believe In God? mp3 download
these lyrics are submitted by itunes3
browse other artists under 0-9:#2
Songwriter(s): Aristos Petrou, Scott Arceneaux Jr.
Record Label(s): 2016 G 59 Records
Official lyrics by