[Verse 1: 7TH WARD CHARIZARD]
Clouds approach
As I move through towns and quote Latin texts found under Rome
Swarming storms, I'm forming horns
I'm pouring Os in styrofoam
Ignoring hoes, I might go home
Torn in two, the guts get thrown
Them blunts get blown, afford it on my own
Spend some money, now I'm broke
I ain't worried 'bout it though, I'll get some later down the road
Root of all that's evil, I know
Six-six-six times for my soul
Slit my wrist, I'm sinking low
Lit my list, I'm burning slow
Wish for bliss, and turn to stone

[Verse 2: LIL REMAINS]
One time for the projects
Two times for the 7th Ward Threes up for The Misfits
$uicide, we can't be ignored
Smoke I be blowin', put holes in the ozone
Ruby times $lick, we smoke out to the O gone
Couple xan bars got me callin' to postpone
This bitch who wanna f*ck, but I can't 'cause I'm so gone
Unknown to the world you see, praised to by the six feet deep
Run up if you wanna, keep a weapon on me
Looking for the right one? I'm the one you seek
Slash, slash, cut, cut
Cock back—buck, buck!
Claim that you was rough, but now you all shot up
Said that you was tough, but now you all roughed up
Triple six killers, and they all f*ck-ups 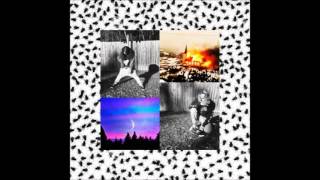