[Verse 1: Conway the Machine]
Uh, this the theme music for the pie stretchers (Whip up)
I whipped five, I got five extras (Hah)
Three Everybody is F. O. O. D tapes, a trifecta (Cap)
Show these niggas in the game how to apply pressure (Rock shit up, nigga)
All my bitches got a bag and they drive Tesla (Uh-huh)
Bust down the Cubans, I lit my neck up (You see the neck, bitch)
Landslidin' on niggas, don't even try to catch us
Hollow tips flyin' out of my Heckler (Brr)
We came a long way from that Digiscale
That shit too small to weigh up the shit I sell (Hahaha)
Pink Spade for my bitch, she don't do Zinfandel
Y'all ain't the only niggas gettin' money, boy, we rich as well (Hah)
Rich as hell, shooter empty out his clip and bail (Boom, boom, boom, boom)
Sniffin' yayo so long, he lost his sense of smell (Smell shit)
Before I left Cali, I sent the bale (Haha)
Hit Goose, told him, "Look out for it, it's in the mail"
I leave a nigga living room floor full of blicky shells (Brr)
Broke, we gotta kill his baby mama too, that bitch'll tell (Get that bitch too)
I'm stackin' all the profit off of every brick I sell (Cap)
I bet you pussy niggas wish I fail (Hahaha)

[Verse 2: Benny the Butcher]
Ah, hand on my clip, we animals, dismantle my strip
I'm 5'8" but 6'11" if I stand on my bricks
I cancel y'all quick with the Glock I shoot cannonballs with (Doot, doot, doot)
I sat in prison, walkin' the yard, just plannin' all this (Ah)
Uh, unknown location, I got thirty Os (I got thirty Os)
'Cause I'm too smart for that stash in the dirty clothes
I'm in the kitchen countin' cash, does she disturb me? No
Revenge a dish for greedy niggas, you gotta serve it cold (Suckers)
I had to move where the climate hot (Hot)
I took the money off the corner and invested that in private stock
Bet you know I still run the [1: 50 client?] spot (Yeah)
Hustler buy the bricks in the back and the front is just a tire shop (Ah)
Big guns, ain't no quiet shots (Ain't no quiet shots)
I'll be fine if you die or not, plus I'm equipped if a riot pop (We got guns, nigga)
I threw the whole clip but he survived the shots (Brr)
I guess my aim was on but the timing not (Damn)
Felony shit, you can never be clipped (Nigga)
One night stands with women I would never be with
My og puttin' me on, he love tellin' me shit
Said, "Black men in America can never be rich"
The Butcher 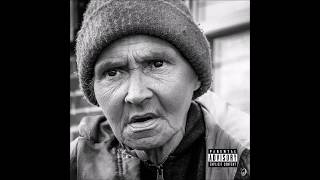