Banned From The Roxy Lyrics

Banned From The Roxy Lyrics


Banned from the Roxy...Ok
I never much liked playing there anyway
Said they only wanted well behaved boys
Do they think guitars and microphones are just f**king toys?
f**k 'em, chosen to make my stand
Against what I feel is wrong with this land
Just sit there on their overfed arses
Feeding off the sweat of less fortunate classes
Keep their f**king power cos their finger's on the button
Got control and won't let it be forgotten
Truth of their reality is at the wrong end of a gun
Proof of that is Belfast and that's no f**king fun
Seeing the squaddy lying in the front yard
Seeing the machine guns resting on the fence
Finding the entrance to your own front door is barred
Got the f**king nerve to call it defence
Seems their defence is a just the threat of strength
Protection for the privileged at any length
Government protecting their profits from the poor
Rich and the fortunate chaining up the door
Afraid that the people may ask for a little more
Than the shit they get, shit they get, shit they get,
Shit they get, shit they get, shit they get,
Shit they get, shit they get,
DEFENCE? SHIT, IT'S NOTHING LESS THAN WAR
AND NO ONE BUT THE GOVERNMENT KNOWS WHAT THE f**k IT'S FOR
Oh yes they say it's defence, say it's decency
Mai Lai, Hiroshima, know what I mean?
Same f**king lies with depressing frequency
They say "We had to do it to keep our lives clean"
Whose life? Whose f**king life?
Who the f**k are they talking to?
Whose life? Whose f**king life?
I'll tell you one thing, it ain't me and you
And their systems, christ, they're everywhere
School, army, church, the corporation deal
f**ked up reality based on fear
f**king conspiracy to stop you feeling real
Well they ain't got me,
I'd say they're f**king wrong
I ain't quite ready with my gun
But I've got me song
Banned from the Roxy, Ok
Never much like playing there anyways
GUNS
Explain lyrics
Correct lyrics 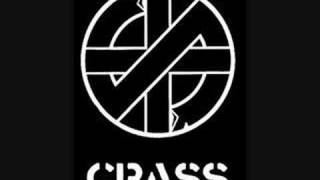