Nowhere Else To Hide Lyrics

Nowhere Else To Hide Lyrics


[Verse 1:]
Straight out the slammer, grab a hammer, a new shiny Mac
Nigga front on me, I'm puttin two up in his back
Which means a nigga stunt on me, he gettin clapped
It's a fact, won't catch me in the street and not strapped
Not at all, your boy Noyd keeps it raw
I came a long way from stuffin cracks in my drawers
To goin on tour to hangin plaques on my wall
You try to stop that, I take your f**kin head off
I just drive by slow
And point the heat right out the window
A nigga want beef, I'm lettin that thing go
In other words I let that machine gun blow
When it come to my foes
My gangstas, dealers, some real live niggas
Hustlers, killers, gettin guap niggas
Ready to pop off, somebody gotta die
Nigga, I'm everywhere, how the f**k you gon' hide?
When it's

[Verse 2:]
I said it's hot in here, the cops here, the homie got the glock, yeah
They say we hood cause you can find us right here
Sippin on a light beer, dipped in Carhartt gear
And I know niggas on the Island doin life there
They ain't got a slight, yeah, ready to fight, yeah
My name's Rapper, America's nightmare
And we don't fight fair, nah, cause we quite sick
I got homies that'll bang you with a ice pick
They beat up police with they own nite sticks
You get on my nerves, no question that I might flip
Look dunn, I'm not dumb, I roll with a big gun
And I spit heat at you faster than Big Pun
I got a lotta rhymes but all I gotta say is one
Once they hear me spit on the drums, their career is done
You could try to run but where you gon side to?
You ain't here, I was in the street, you been lied to

[Verse 3:]
I woke up one mornin, turned my radio on
I couldn't find my money, I knew it was on
Damn, I was dead bent, sippin Henny's, drownin beers
It couldn't be that chick cause that bitch still here
Where my gun, hit my dunn, damn, this hangover killin me
Party poppin last night, the streets feelin me
But stop, where's my guap, though?
Don't make me have to wake this bitch up with the.44
Everybody know how I bang for that dough
Whether a gangsta or a hoe - what's this over here?
Oh shit, she lucky, there it go
Listen ma, I don't wanna sound mean
But damn shit, a nigga had to bang for this CREAM
And even though it really ain't nothin to me
I'm tryina get you, I can't let you get me
You lookin real sweet and you fly, too
But think about it - you get me, tell me where the f**k you gon hide, boo? 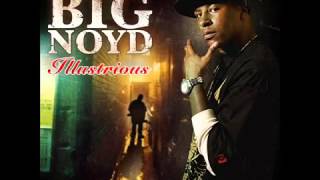