[Verse 1:]
As I inhale in this smoke, it's so potent I'm chokin'
I'm chill but at jail, I realize that I'm open
My actions are slowin', my eyes become slanted
I'm laughin' but growin' inside me is panic
I push it back, keep my feet firm on this planet
I'll master my high if I just understand it
It's sweatin' my palms and I can't feel my arms
I'm crazy numb from my feet up to my cranium
I'm sit-sittin' up, get-gettin' up, drink-drinkin' down then spittin' up
I don't don't even know how much time when by since we lit it up
This is the reason I stopped puffin' trees
And I'm freakin' out feels like my mouth isn't breathin'
My heart is racin'
Pulmonating
People are talkin' but what are they saying?
I don't care, I can admit it
As soon as I lit it, I shouldn't of hit it

[Verse 2:]
I'm so f**king paranoid, right now I hate it
It's probably some slay shit but I think they laced it
And who's to be trusted?
It might not be dusted
I don't know who rolled it, but still I just puffed it
I'm buggin' the f**k out
This has to be wet
Cause everything now has this glassy effect
I'm mal-ma-malfunctioning, breaking down again
(Yo, Ap chill the f**k out)
I got to lay down again
Wishin' I never inhaled it, I'm hearin' shit
Scared of shit
Sounds like I'm speaking in Arabic
Every second I'm bugging out, I get a grip, I'll never smoke this shit
So potent, approaching the point where I might flip
I'm slowly relaxin', they told me this happens
When people who smoke loose control of their actions
I am so f**ked up
Not feelin' this, chill with this son
I'm simply not built for this 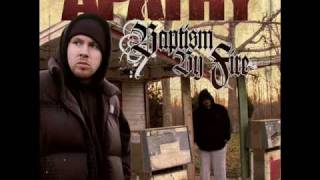 check amazon for Buggin' Out mp3 download
these lyrics are submitted by kaan
browse other artists under A:A2A3A4A5A6A7A8A9A10A11A12
Record Label(s): 2007 Demigodz
Official lyrics by